Day Two, Part Two -- Balance of Power, the Bill of Rights, and the Supremacy Clause 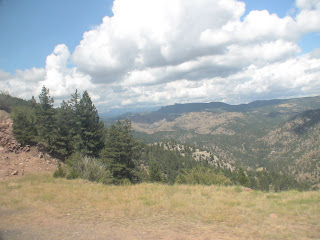 Ok, remember that the members of the "War Council" were David Addington, Tim Flanigan, Alberto Gonzales, John Yoo, and Jim Haynes. And remember that in the hours, days, weeks, months and years after September 11, 2001, they were busy, very busy, finding inventive ways to reinterpret the Constitution, the laws passed since its adoption, and treaties to which the United States was – and is – a signatory.

But Jane Mayer, in The Dark Side, says that some of them had been busy working on this agenda prior to the events of September 11. "Conventional wisdom," she writes on page 55, “held that September 11 changed everything, including the thinking of Cheney and Addington. But a close look at the 20-year collaboration between the two men suggests that they had long imagined that many aspects of the program they put in place after the terrorist attacks. Cheney’s writings and speeches suggest he had been laying the groundwork for years.”

In particular, both Cheney and Addington believed in a strong executive branch and were appalled by the post-Watergate and post-Vietnam War laws passed by Congress in the 1970s and 1980s to restrict the power of the presidency and shift power to Congress. Mayer does not mention any specific laws passed by Congress, but I can imagine some: the Freedom of Information Act (FOIA) -- albeit passed in 1966, before the Watergate and the end of the Vietnam War, the Foreign Intelligence Surveillance Act of 1978 (FISA), the Presidential Records Act of 1978, the War Powers Act of 1973, and the 1980s Boland Amendment, among others.

"‘[T]he idea of reducing Congress to a cipher was already in play. It was Cheney and Addington’s political agenda,’" she quotes conservative constitutional lawyer and scholar Bruce Fein.

Along comes September 11. We know that some people conspired to pull it off, and we are pretty sure that those people are associated with Al Qaeda (however, let’s never lose sight of the maxim “innocent until proven guilty”), but we don’t know if the conspiracy to make the September 11 attacks happen was broader than Al Qaeda. And in this post, I’m not ready to speculate on that.

But here’s something I’m pretty sure about: after September 11, 2001, the members of the War Council were like boys, mischievous little boys with their hands in the cookie jars, stealing cookies, and not even getting their hands slapped. Except perhaps that’s too innocent an analogy.

Because look at what they were actually stealing: the underlying basis of all our laws: a) the principle of balance of power; b) the rights of all Americans embodied in the first through tenth amendments to the Constitution; and c) the rights of all human beings, as embodied in the treaties that we have signed, which are, according to the Supremacy Clause of our Constitution, the law of the United States of America.

I actually took this photograph of the mountains west of Denver on my return trip.