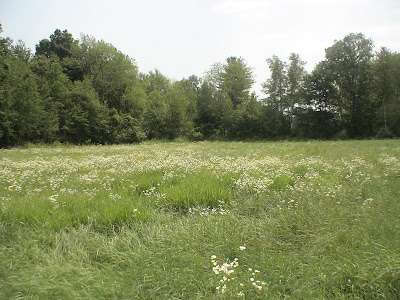 Life is full of bizarre coincidences, and below I describe one that is a few years old. It is doubtful that it has any meaning other than being something unusual that should inspire people to reexamine the events that would unfold a few weeks later – and to reexamine everything that led up to those events.

Sometime in the mid- to late 1990s I was headed for a walk in the woods that are featured here, in search of an early American road. (Most of this forest has since been cut down to make way for a subdivision.) I had to walk up the street from my aunt’s home, maybe 200 yards, and down the driveway, and past a recently constructed “farm house,” which is really just another subdivision home with more land than most. The family that lives in this house had two dogs at that time, Max and Lily. When I was parallel to the house, Max left the patio where he had been guarding the home and charged me, followed by the gentle Lily. Max growled and barked and bared his teeth inches away from me until one of the subdivision daughters came out and called Max and Lily in. I think I turned around and returned to the farm at that point.

The homeowner, X, drove by me in one of his farm vehicles later that morning as I was walking down the street and kindly stopped and asked me if Max had bitten me. No, he hadn’t, I said. But a few years later, Max bit my aunt’s neighbor, M, someone whom Max should have known well, and Max, apparently to the great sorrow of X, was put down.

And then in mid-August 2001, knowing that Max was gone, I headed out for another walk in these woods, again in search of the signs of the early American road. This time I made it into the woods. I don’t recall whether or not I found indications of the old road, as my memory of that day has been overshadowed by everything that followed in subsequent weeks.

When I emerged from the corner of the woods featured in the photograph, I immediately caught site of a large dog that was perhaps part collie. I was alarmed, but soon saw a man standing a few feet away behind the dog, and called out to the man and asked him to please hold his dog. He assured me his dog would not bite, and in fact, we got into a conversation, and he told me he was training his dog in search and rescue. He may also have told me that he had come from central Massachusetts, but perhaps X told me that. I no longer recall.

To me there was nothing unusual about that explanation. X, who is deceased, was known for sharing his land – I knew then that there was a community of people from Southeast Asia who had been displaced to the Lowell area by the turmoil in Southeast Asia who had taken up gardening, at X’s invitation, on part of his land. But the next morning, X stopped into my aunt’s kitchen to chat, and when I told him my story about my experience, he said that the dog I had encountered was a “cadaver” dog. My aunt later explained that X just had a morose sense of humor.

Yet X, who was an American Airlines employee, was probably among the first to die on the morning of September 11, 2001.

I’m not one of those people who necessarily think that terrorist attacks on September 11, 2001 were an inside job because I don’t know enough. But here is what I’m pretty sure is accurate: the terrorist attacks of 9-11 allowed some very disreputable, malevolent people to expand their power and intensify an already dangerously imperialistic, undemocratic, and environmentally destructive national course. 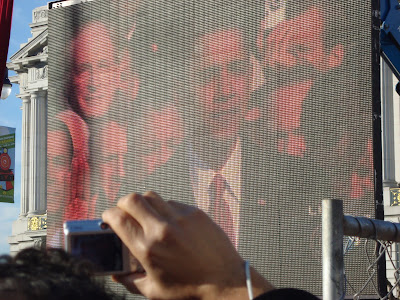 And I don’t think it’s enough to just celebrate the inauguration of Barack Obama ... 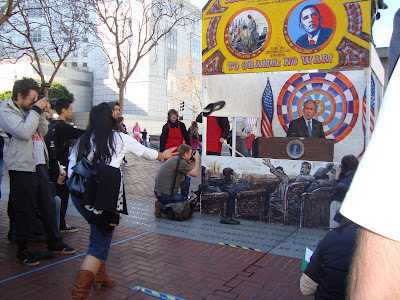 ... and throw shoes at replicas of George W. Bush and consider ourselves done with the past eight years.

Because we aren’t talking about eight years. We need to start a self-examination that goes back to the Trail of Tears, the Second Removal, Polk’s War, the Spanish-American War, and right up through to the Carter Doctrine and beyond. But these topics are for future blog entries.