Rally to Save the Market Street Bike Lane 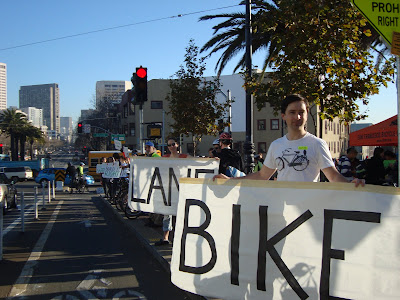 Bicyclists gather at the intersection of Market Street and the Central Freeway in San Francisco to rally against the SF Municipal Transportation Agency (SFMTA) plan to remove the bike lane and force bicyclists to merge with vehicle traffic. 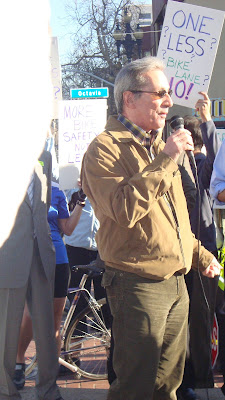 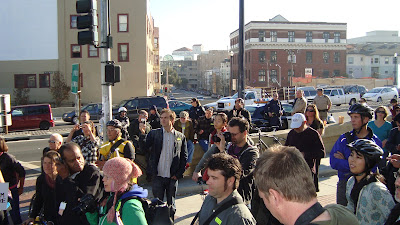 San Francisco Bicycle Coalition Executive Director Leah Shahum would like there to be as many police officers enforcing traffic laws to protect bicyclists as there were police officers keeping a watchful eye on the rally. 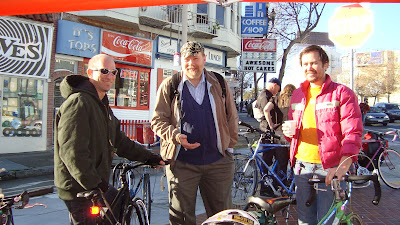 Bicyclists Marc Salomon, Pi Ra, and Matt add to the gathering of people in support of improving the bicycle lane instead of removing it.