About Those Curb Ramps ... 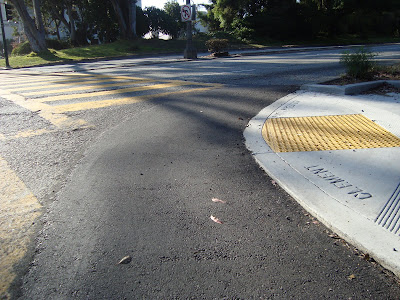 I recently wrote a story for SF Streetsblog about some sloppy curb ramp construction on Park Presidio in San Francisco. Someone later posted a comment asking if the curb ramps had ever been repaired, and the contractor himself posted a comment on the Streetsblog story saying his company would be doing the work within the next few days -- and it did, as you can see by the above photograph and two below. 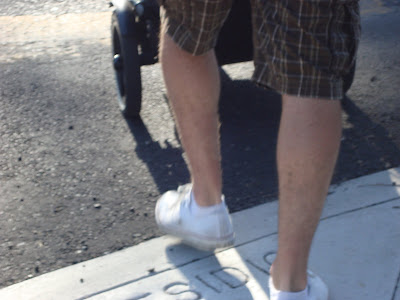 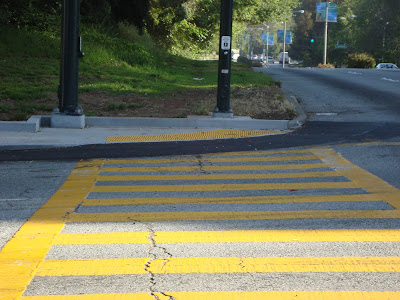 But then I stumbled across this curb-ramp obstruction scene on Tuesday afternoon in downtown San Francisco: 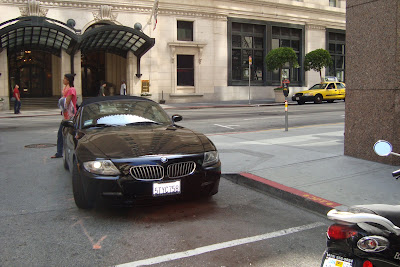 The woman driving this sports car had pulled up in front of the curb ramp off of New Montgomery and just sort of sat there ... 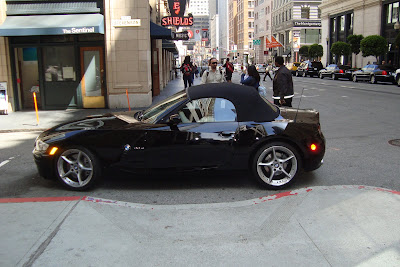 And then she got on her cell phone and started chatting. In the meantime, pedestrians were walking around her car.