Sacrificed for I Don't Know What 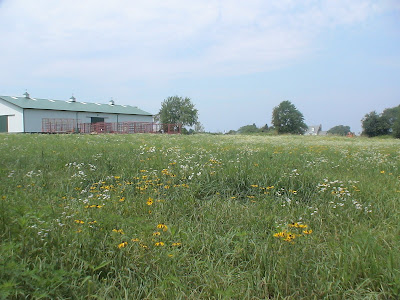 The following excerpt is from Common Dreams:

'My Silence Cannot Be Bought'

On Thursday night, Beverly Eckert, whose husband died on 9/11, died herself in the Buffalo plane crash. From our archives we wanted to share a piece Beverly wrote over 5 years ago:

By suing, I've forfeited the "$1.8 million average award" for a death claim I could have collected under the fund. Nor do I have any illusions about winning money in my suit. What I do know is I owe it to my husband, whose death I believe could have been avoided, to see that all of those responsible are held accountable. If we don't get answers to what went wrong, there will be a next time. And instead of 3,000 dead, it will be 10,000. What will Congress do then?

So I say to Congress, big business and everyone who conspired to divert attention from government and private-sector failures: My husband's life was priceless, and I will not let his death be meaningless. My silence cannot be bought.

The photograph above is of the location where I saw the search-and-rescue dog when I emerged from the woods, sometime in mid-August 2001, a few weeks before the owner of the woods died in a plane on September 11, 2001. I didn't know him well, and I cannot represent the family or anyone who did. All I can represent are the values upon which this nation was founded that have been sacrificed for I don't know what. We need to investigate that "I don't know what."