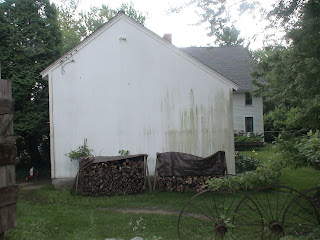 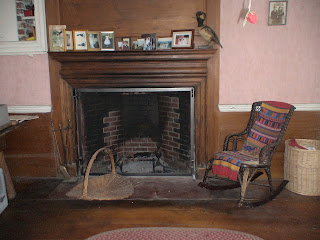 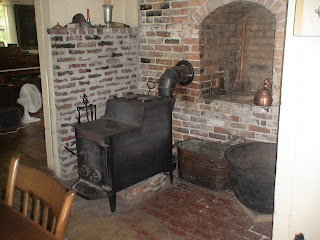 Revolutionary Era Farm House
These rooms are part of a Massachusetts farm house. Construction on the house was started before the American Revolution and completed afterwards. It would have been at one time an all purpose home where the occupants would have raised their own chickens and cows, and perhaps pigs and sheep. Over one hundred acres of rocky fields, woods, and wetlands are a part of the farm also. The fields have been used, over the years, for a combination of growing hay to feed cattle and for sale to other farmers, and for grazing livestock.

Before central heating was installed, fireplaces and iron stoves would have provided all the heat. Fireplaces and stoves are still part of the heating system. An annual project every summer and fall is collecting firewood from the woods, chopping it up, and stacking it for the winter.

One hundred and fifty years ago, most Americans were agrarian, farmers working the land for a living. With the advent of mechanized farming, made largely possible by the utilization of fossil fuels for agriculture, only a small percentage of Americans still farm. It's been suggested, that as supplies of fossil fuels diminish, more and more people will return to farming. That may be so, but it leaves me with some worries -- the vast majority of us have lost the farming skills that humankind has carried around with it for thousands of years.