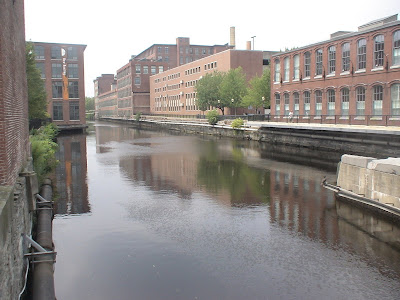 My mother’s roots are in the northeast, mostly New England. She was born in Connecticut, and in 1950, after some years in Texas, her parents bought a farm in Massachusetts and moved the family there. The farm is still in the family, close to historic downtown Lowell.

This city is famous as one of the places where the American Industrial Revolution began. It was there that Francis Cabot Lowell and some fellow entrepreneurs decided to experiment with the consolidation of all aspects of the manufacture of cloth in one center. They pooled their talent and capital and started building water-powered factories along the Merrimack River. They oversaw the construction of canals for transportation (the Merrimack is rapid and rocky at some points), and started the practice of hiring young farm women who would be housed in dormitories and overseen by older women until they left, usually for marriage. 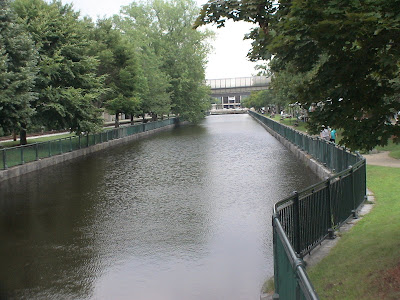 Lowell as an industrial center began to decline over a century ago, as industrialists moved their centers of production to places of cheaper labor.

Now, many of the Lowell Mills have been restored as museums or retails shops and incorporated into the National Park Service system.