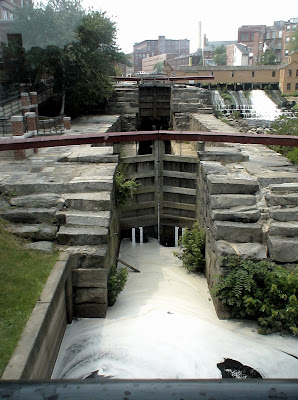 The system under which young, farm women were recruited into the Lowell Mills was called the "Waltham System," based on the first center to consolidate all aspects of the transformation of cotton into cloth in nearby Waltham, Massachusetts. While work beyond the home was not conventional for most New England women of the era, it was acceptable for young women to leave their farm families for several years before settling into marriage. The labor of young men, on the other hand, was needed on the farms.

Some of the women who went to the mills for work produced a paper trail of their experiences. Perhaps the most famous chronicler of the lives of the mill girls was Harriet Robinson, who published Loom and Spindle, or Life Among the Early Mill Girls, in 1898, and who, in 1836 at the age of 11, was a leader in a strike at the mills. Here she writes: 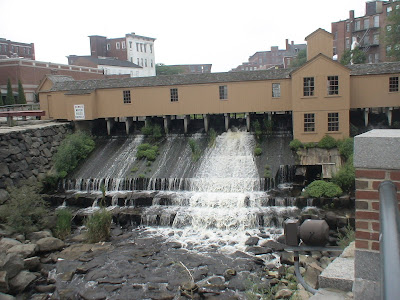 ... In 1831 Lowell was little more than a factory village. Several corporations were started, and the cotton mills belonging to them were building. Help was in great demand; and stories were told all over the country of the new factory town, and the high wages that were offered to all classes of work-people -- stories that reached the ears of mechanics' and farmers' sons, and gave new life to lonely and dependent women in distant towns and farmhouses. ... The stagecoach and the canal boat came every day, always filled with new recruits for this army of useful people. ... The widow came with her little flock and scanty housekeeping goods to open a boarding house or variety store ... Many farmers' daughters came to earn money to complete their wedding outfit, or buy the bride's share of housekeeping articles. ...

She goes on and adds that women with past histories came to start their lives anew in anonymity and that the daughters of urban privilege came for the adventure, as well as women with children who sought to disappear behind the machines they operated and thus escape abusive marriages.

Over the decades, however, with increased immigration, due in part to the potato famine in Ireland and revolutionary turmoil in Central Europe, labor became more and more expendable, and the practice of hiring primarily Yankee farm girls and other women died down.