Peak Oil and the ARRP 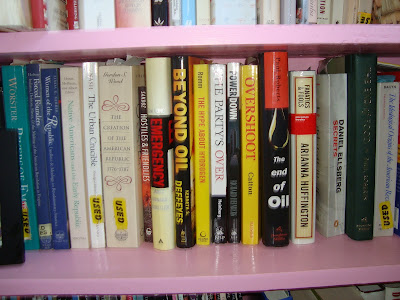 On Thursday, Sept. 24, 2009, the New York Times published a story about new global oil finds, with the title: Oil Industry Sets a Brisk Pace of New Discoveries. That would make September 24 seem an inauspicious day for members of San Francisco's Peak Oil Preparedness Task Force to present their final report to members of the San Francisco Board of Supervisors Government Audit and Oversight Committee.

In fact, the total number of barrels estimated to have been found equals only about 10 billion (globally people consume about 84 million per day, around 22 million in the U.S. alone). And that 10 billion, said task force chair Jeanne Rosenmeier, pales in comparison to past discoveries; discoveries of new oil fields peaked in 1962, and oil analysts acknowledge that in order to extract the oil found recently in the Gulf of Mexico, the price of a barrel of oil would have to be $60 or more -- on September 25, 2009, according to MSNBC, the price of a barrel of oil was $66 on the New York Mercantile Exchange -- as new discoveries are no longer the "light sweet crude" that has been so easy or inexpensive to extract for decades.

Peak Oil is defined as the point at which demand and supply meet, the amount of oil extracted from the surface of the Earth begins an inexorable path downward, and the price of a barrel of oil (and therefore a gallon of gasoline) begins an inexorable path upward. It is anyone's guess when that moment will arrive globally (it arrived in the United States in 1970). Predictions range from 2010 to 2013 to a plateau starting around 2020. But no serious analysts are doubting that it is on the near horizon or that humanity needs to make preparations to transition from ways of life now dependent on oil -- which has been inexpensive to extract from the surface of the Earth since 1859, when oil was first tapped on industrial levels, up until now - to ways of life independent of cheap energy.

A few years ago, an energy analyst with the United States Department of Energy, Robert Hirsch, produced a report famous in peak oil circles, The Peaking of World Oil Production: Impacts, Mitigations, and Risk Managment. Still, few elected officials or bureaucrats are talking about the inevitable arrival of expensive oil (and natural gas), and what it means for the survival of our species let alone the western lifestyle. Thanks, then, to San Francisco Supervisor Ross Mirkarimi who sponsored the creation of San Francisco's task force.

As the task force report explains, the arrival of peak oil (and natural gas) means much more than just more expensive gasoline, as so much of the 20th century's "green revolution" and the vast increases in food production have been based on fertilizers made from natural gas, and soils tilled with gasoline-run tractors and gasoline-run harvesters. This realization -- and the fact that this fossil fuel-based "green revolution" is in large part responsible for the exponential increase in the human population -- should stir fear in the hearts of all able-minded adults. What's to happen when one of the most basic necessities of humankind -- food -- becomes prohibitively expensive for the 6.4 to 7 billion people currently on the planet because of the increasing cost of oil? 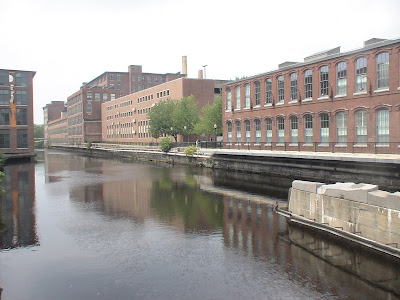 There's no doubt in my own mind that the arrival of peak oil will mean, at the very least, the end of the Industrial Revolution based on fossil fuels (let's hope we do not step up our coal mining) and very likely the end of the Industrial Revolution period ("renewable" sources of energy such as wind, solar, and geothermal now provide Americans with less than one percent of all our energy needs), and that we're going to have to figure out how to go back to more local and regional production models for everything from food to clothing. 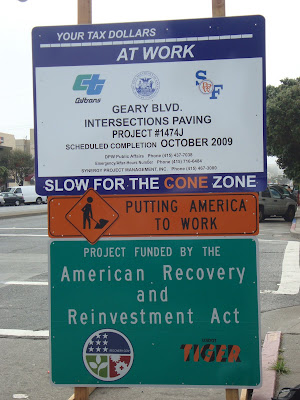 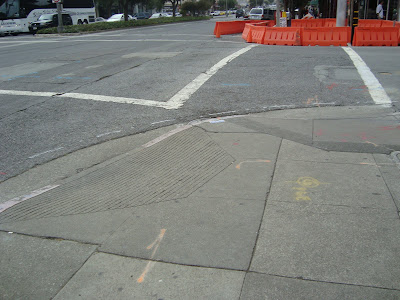 In the meantime, I'd like to see local officials beginning a conversation with state and national officials -- and getting some of the American Recovery and Reinvestment Act money (H.R. 1, the stimulus package passed by Congress, and signed by President Obama, in early 2009) dedicated to preparations for peak oil and not just thrown willy nilly at "shovel ready projects" -- as appears to have happened along Geary Boulevard in San Francisco where, a few years from now, this artery is scheduled to be transformed by Bus Rapid Transit anyway. 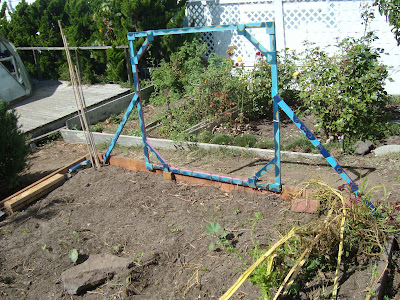 And on an individual level, I'm rededicating myself to gardening, as the report recommends that San Francisco step up its local food production.

Here is my research project about putting carts on the public bus.

How about an annotated booklist to go with your book photo? I am a real maven for the $.75 book reserve as a way to follow out interesting book references.

I am looking for research materials to understand how anti-trust and competition law is used to disable public bus service innovations. The San Mateo County law library is a rather bare for my kind of inquiry.

Thanks for your comment. I'll do just that -- create a booklist on energy and peak oil.

Here is a good chaser to wash that oily petroleum taste right out: