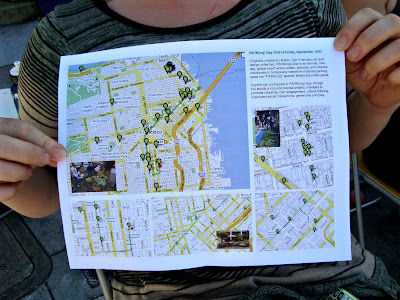 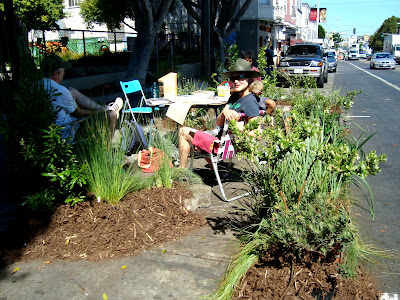 ... a spot taken over by the Mission Greenbelt Project, and ... 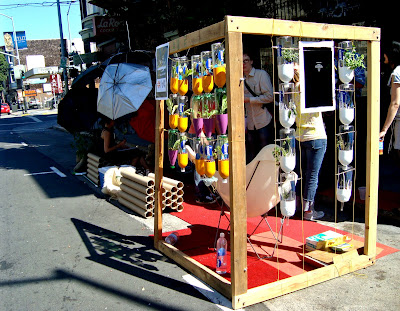 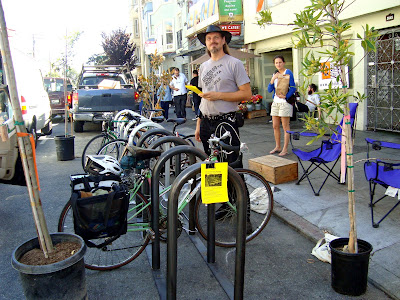 ... the San Francisco Bicycle Coalition which had set up two sets of bicycle parking racks on 18th Street near the Bi-Rite and Dolores Park, and ... 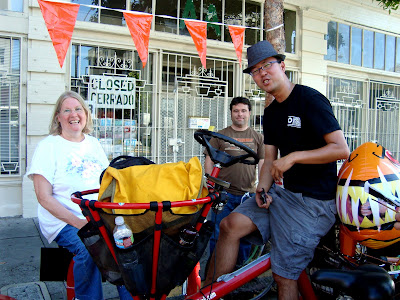 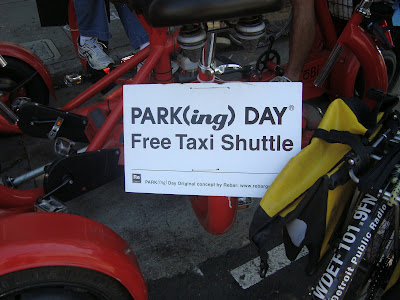 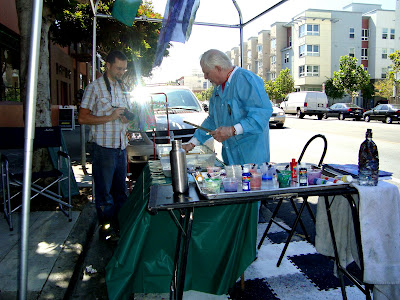 ... and an artist outside his shop/studio. 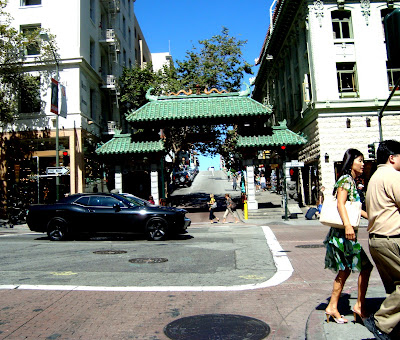 I figured not many people would be documenting PARK(ing) Day in North Beach, so I decided to go there and do that myself, pushing my bicycle up through the Grant Avenue Gate to Chinatown first ... 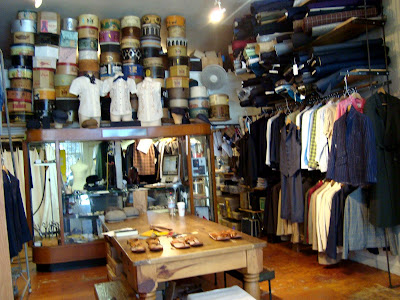 ... and then on to North Beach. On Grant Avenue in North Beach, north of the intersection of Columbus and Broadway, I discovered that many shop owners had decided to participate in the event, including the owners of this wonderful haberdashery/custom clothing store, Al's Attire. 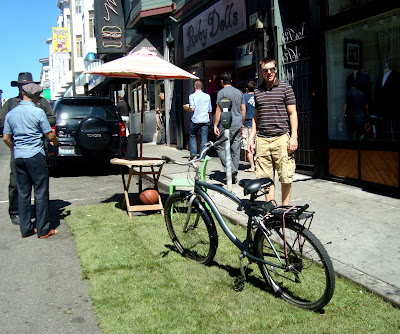 In front of Al's Attire. One of the owners, the man in the blue shirt to the left, told me the turf had come from somewhere down the Peninsula. He had been watering it. 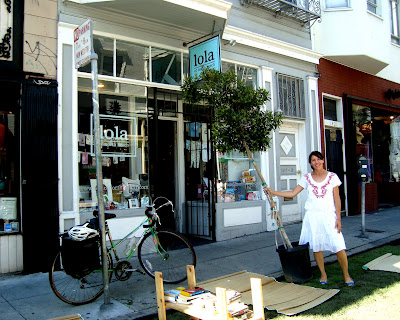 This is Amy Nanola, in front of her store, Lola of North Beach. 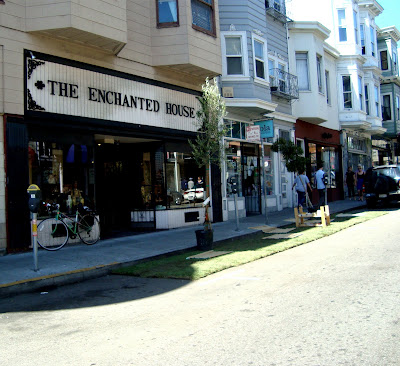 The owners of The Enchanted House also participated, but they were reluctant to participate in a photo shoot. 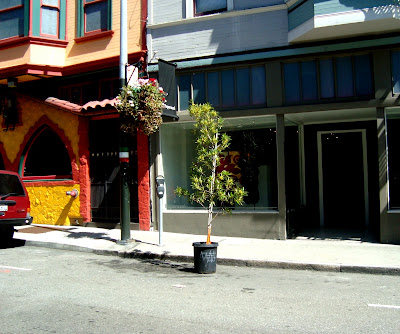 Many of the trees for PARK(ing) Day had come from Friends of the Urban Forest. 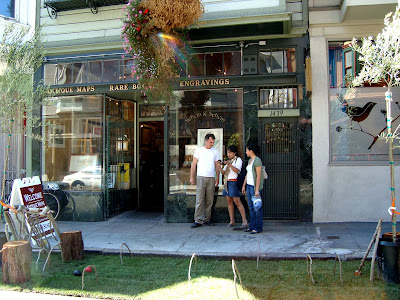 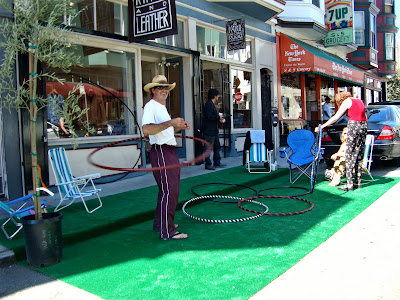 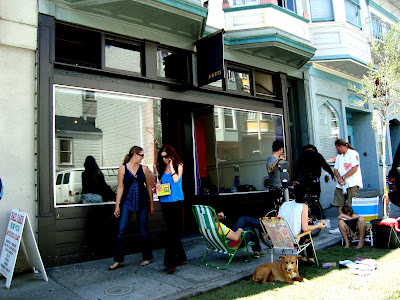 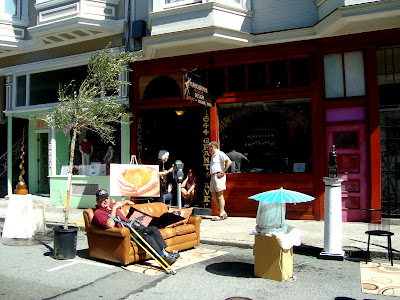 Up at the end of Grant Avenue, I encountered Man-About-Town Bob Planthold lounging in front of Macchiarini Creative Design & Metalworks Gallery ... 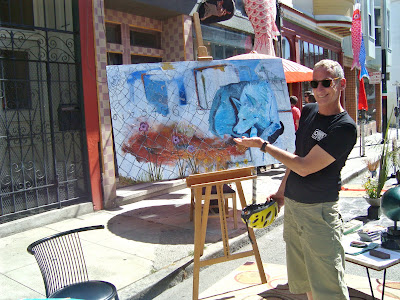 And Robin Levitt -- the two of us had actually sort of been shadowing each other throughout the day ... 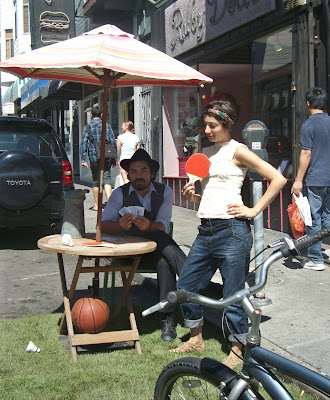 Back at Al's Attire, the owners agreed to pose ... 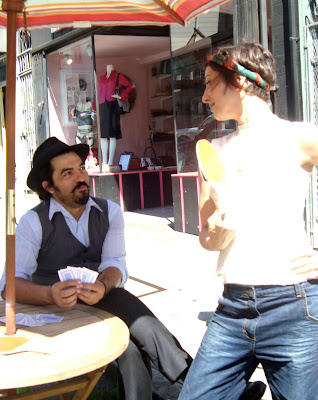 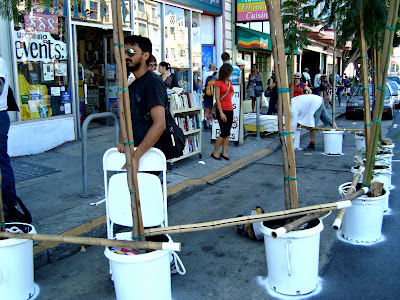 When I returned to Valencia Street, I discovered this moving PARK(ing) Day installation in front of the collectively owned and operated Modern Times Bookstore ... 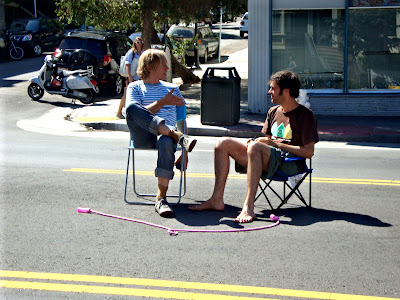 Back at the spot where friends had decided to park, Thomas and Adam took lawn chairs into the Valencia Street median and relaxed for a spell. 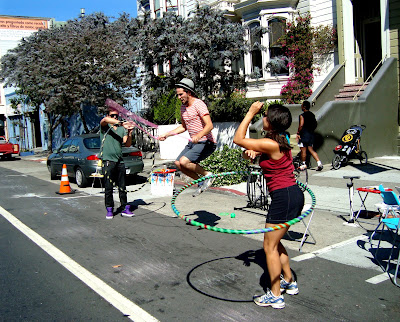 Others jumped rope and hula-hooped. 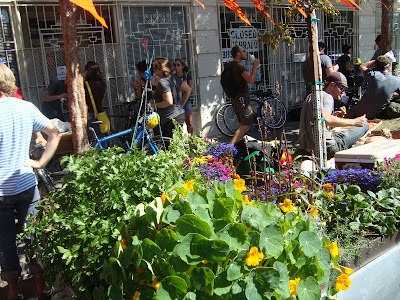 The San Francisco Bicycle Coalition actually set up two spots: one on 18th Street and another on Valencia in front of Four Barrel Coffee Co. On Valencia Street, the coalition must have taken over at least five spots. 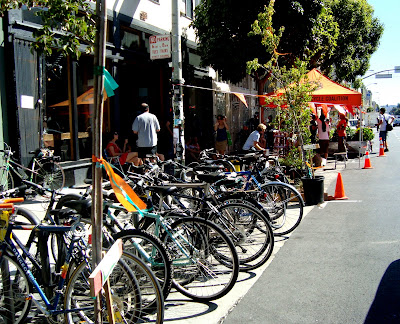 And how many parked bicycles can fit into one car parking spot? Lots, I think.

So many other local businesses participated in this wonderful day -- including Green Wall Roof and Flora Frame, but I didn't always get photographs (or I got lousy ones!).

Thanks, Sarah. I'll add the link about the Free Design Clinic to the to the commentary.