Gardening for the Future 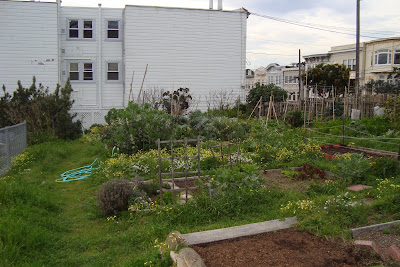 This is my community garden. 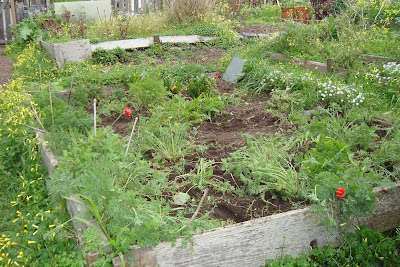 I'm going to admit that in the past few years I have neglected my own plot. But this year, with the economic downturn and possible arrival of peak oil (which may in part have triggered the economic downturn), one of my New Years resolutions is to tend my garden better. 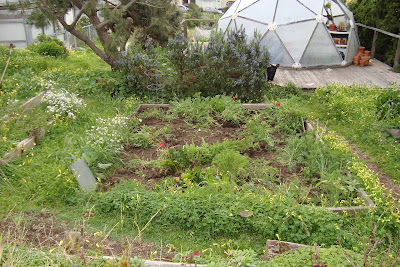 Gardening comes as naturally to humanity as salmon fishing comes to Alaskan Brown Bears. In fact, it routinely scores at the top in surveys of favorite hobbies. In the near future, however, gardening will probably become much more than a hobby for many people, maybe even most, as the cost of fuel goes up and drives up the cost of grocery market food which has been shipped in from all over the nation and world.

James Howard Kunstler, peak oil author, addresses the link between the economic collapse and food security in a recent column called What Next? He critiques the efforts of President Barack Obama and Congress to shore up the old capitalistic financial system and recommends redesigning communities in such a way as to make them more sustainable within themselves. Here's an excerpt:

My guess is that the disorder in agriculture will be pretty severe this year, especially since some of the world's most productive places -- California, northern China, Argentina, the Australian grain belt -- are caught in extremes of drought on top of capital shortages. If the US government is going to try to make remedial policy for anything, it better start with agriculture, to promote local, smaller-scaled farming using methods that are much less dependent on oil byproducts and capital injections.

I recently came across your blog and have been reading along. I thought I would leave my first comment. I don't know what to say except that I have enjoyed reading. Nice blog. I will keep visiting this blog very often.
Lucy
http://dataentryjob-s.com